“Civil rights” is defined as the guarantee of equal social opportunities and equal protection under the law. Historically, civil rights movements have focused on racial equality and justice. Two big examples include the Civil Rights Movement in the United States in the 1950s and 1960s and the fight against South African apartheid, a discriminatory system that officially ended in 1994. Activists and groups continue to promote equality and justice around the world. Here are ten organizations:

National Association for the Advancement of Colored People (NAACP)

The National Association for the Advancement of Colored People has been around since 1909. Influential activists such as W.E.B. Du Bois and Ida B. Wells formed the organization in light of challenges facing Black Americans and violence like the 1908 Springfield Race Riot, where nine Black people were killed and dozens of Black-owned homes and businesses were destroyed. With over 2 million activists, it’s the largest civil rights organization in the United States. The NAACP’s mission is to “secure the political, educational, social, and economic rights of Black people and to eliminate race-based discrimination.”

Founded after Hurricane Katrina in 2005, this online organization seeks to mobilize members through petitions, donations, and more. Originally, they focused on the aftermath of the hurricane and on the fact that Black people didn’t have access to the resources they needed. Color of Change has expanded its mission to include police brutality against the Black community. 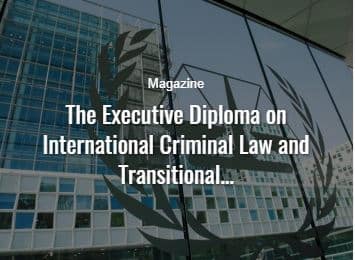 This organization encourages civic participation in the Black community. Since 1976, NCBCP has worked at the local, state, and national levels to address disenfranchisement. That includes non-partisan voter empowerment organizing and training; the promotion of women’s health; grassroots education; and disaster recovery initiatives. The organization currently has a 100/100 score on Charity Navigator.

Described as the largest Arab American grassroots civil rights organization in the US, ADC addresses discrimination and bias against Arab-Americans. It was founded in 1980. The organization has a handful of programs, such as the ADC Legal Department, which offers counseling and litigation involving discrimination, defamation, and hate crimes. Since 9/11, many of the cases have involved airlines and employers. The ADC is a member of the Leadership Conference on Civil and Human Rights.

A London-based group, this organization works in 50 countries and focuses on the rights of indigenous people and ethnic, linguistic, and religious minorities. They campaign with over 150 partners on programs such as advocating and lobbying governments; publishing publications; producing documentary films; and conducting legal work. The organization has consultative status with the United Nations Economic and Social Council as well as observer status with the African Commission on Human and Peoples’ Rights.

Since 1992, the Asian Pacific Labor Alliance has been the first and only national organization of AAPI workers. It promotes worker and immigrant civil rights. Programs include political education and voter registration, as well as the training and empowerment of AAPI workers within the labor movement. APLA also works with international labor organizations.

Founded in 1970, this non-profit uses existing treaties and laws to hold the US government accountable to its obligations. Through the Tribal Supreme Court Project, the organization performs work such as monitoring Indian law cases that have the potential to reach the Supreme Court and offering help to tribal leaders and attorneys. NARF is the oldest and largest organization of its kind.

This organization’s goal is to promote equality and justice for LGBTQ+ and HIV-positive immigrants. IE provides direct legal services, impact litigation, and policy advocacy. The group was founded the same year the Justice Department recognized sexual orientation as a protected right for refugees and just four years after the US lifted its ban on gay immigrants. Today, IE has 18 staff members and over 1,000 lawyers in their pro-bono network.

Australians for Native Title and Reconciliation

ANTaR is a community-based, national nonprofit advocating for the rights of Aboriginal and Torres Strait Islander people in Australia. It consists of a network of individuals and other groups both indigenous and non-Indigenous. Founded in 1997, the group aims to support Indigenous voices rather than speaking for them. This includes taking direction from Indigenous people on the policies and legislation that affect them. Focuses include educating non-Indigenous Australians so they learn to respect and affirm Aboriginal and Torres Strait Islander peoples, as well as lobbying governments and working for a moral and legal recognition of First Peoples.

People Against Suffering, Oppression, and Poverty

PASSOP is a grassroots organization based in Cape Town, South Africa. It focuses on the rights of asylum seekers, refugees, and immigrants. When it was founded in 2007, the focus was on asylum seekers facing xenophobia. PASSOP became one of the first organizations in the area to research anti-immigrant violence. Today, the organization focuses on various issues within the scope of immigration, such as gender rights and LGBTQ+ advocacy.