Human trafficking and forced sex labor are a major issue today. In recent years, thousands of poor women from countries like Nigeria come to Europe in search of a better life. Many arrive to work in the sex trade already indebted to traffickers for the cost of their travel and other expenses. It takes years to earn their freedom. Even then, escape isn’t a guarantee and a high number end up back in the trade, although this time, it’s in the position of the exploiter. 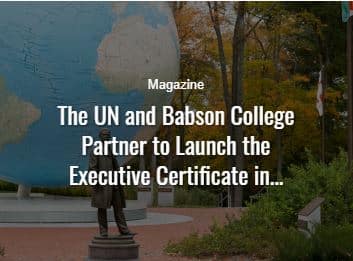 This cycle is key to Sudabeh Mortezai’s “Joy,” a film more interested in realistic depictions of Austria’s sex industry than dramatic plot twists. Shot almost like a documentary, “Joy” observes the life and choices of its complex title character without judgement, leaving the viewer to grapple with hard questions and not many answers. It’s not an easy film to watch, but its compassionate realism is essential to bringing awareness to human trafficking.

While most movies (that aren’t documentaries) show the sex trafficking world as a network of kidnappers who target strangers and force them into slavery, “Joy” centers on the close-knit community and complex relationships that keep the system functioning. Soon after the film begins, we meet Joy, a woman who has been working the streets for years and is almost finished paying off her debt to her madame. She is told to help guide a new girl, Precious, who is terrified of the job. There’s a very difficult scene where Precious begs the madame for any other work, but as punishment, she’s taken to another room and raped.

The camera doesn’t follow the violence, but remains on Joy as she listens to Precious’ screams. Her reaction may be hard for some to interpret, but that’s the point.

While she clearly feels some compassion for the girl, Joy has a young daughter of her own and Precious threatens Joy’s ability to provide and earn her freedom. The relationship between the two women – one experienced with trauma and one just beginning her trauma – is complex and hard to reconcile with.

“Joy”  also explores the relationships people have with their community and culture. The significance of the black magic – a juju ceremony – that binds women to their debts before they leave Nigeria comes up frequently throughout the film. Women like Joy are tied to their communities and families through fear of black magic, not just a sense of duty or love. They truly believe that if they are unable to hold up their end of the deal, they face supernatural repercussions. Knowing this is very important for understanding many of Joy’s decisions in the film, especially when she’s presented with an opportunity to expose her madame.

Caught in a cycle

While relationships are central to the story, what is arguably most striking about “Joy” is the cyclical nature of the industry. The film takes an unrelenting look at how those who have been exploited and abused often eventually become the exploiters and abusers. When researching, director Mortezai was shocked to learn that many madames were once slaves themselves. After earning their freedom, they turned back around to victimize other women, though they may not see it in this light.

Joy’s madame says things like, “I brought you from Africa to this place to have a good life.” She justifies her position by saying that in her time, women believed they were going to be cleaners, but once they arrived, they were enslaved into prostitution. The newer generation, according to the madame, at least knew what they were getting into. These conversations are a sobering insight into why a person who experienced the trauma of forced prositution would inflict that trauma on others.

While the film may attempt to explain the mindset of a madame, it doesn’t excuse it. Late in the film, there’s an excruciating scene where very young women are paraded in front of a room of madames considering who to buy. The girls look shell-shocked, their body language withdrawn and timid. They look so young that even one of the madames expresses concern about one girl’s age. The one man in the room – who we assume brought the girls – insists she’s 18. This scene depicts a slave auction, pure and simple, but what is most disturbing is that the buyers are other women who were most likely once sold themselves.

What should viewers expect from this movie?

“Joy” is not a plot-driven movie, at least when compared to most movies made these days. It’s centered completely on its characters and the choices they have to make regarding their own lives and the lives of others. Many other cast members are not actually professional actors, but former sex workers themselves. That commitment to realism carries over into the editing and camera choices – it looks and feels like a documentary. Many reviews went so far as to say that Joy doesn’t show much emotion, but considering how hardened and guarded she is, it makes sense. “Joy” won the Best Film Award at the 2018 London Film Festival. It’s available on Netflix, and anyone interested in human rights and human trafficking should seek it out. It shines a light on the industry, and most importantly, the people involved in it at every level.