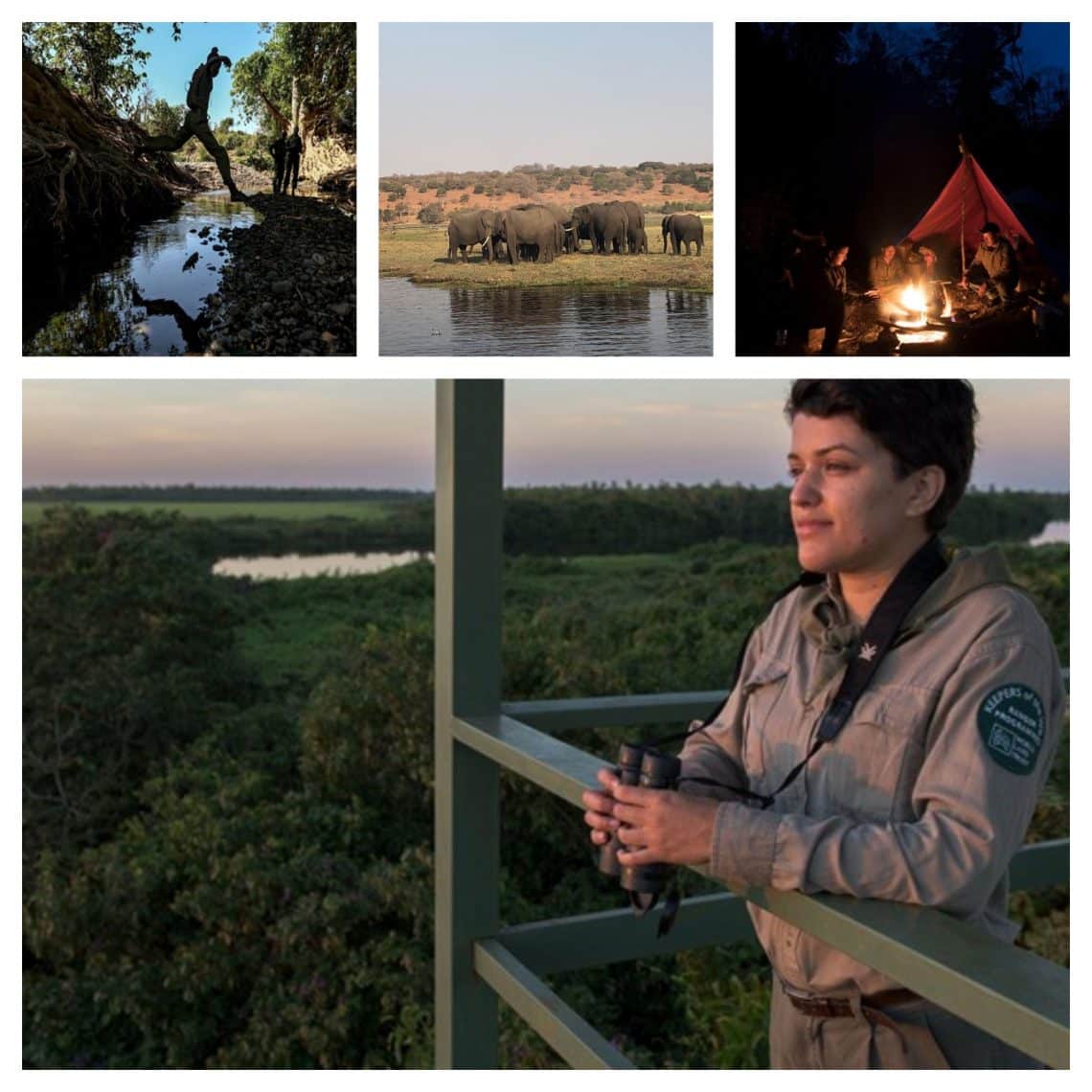 Mother nature is uplifting; seeing, hearing and being in its midst makes us feel better, more relaxed, happier. Increasingly people seem to appreciate how much they need nature and wild places to sustain themselves, as much as, having access to wholesome food, clean water and air. The United Nations (UN) system’s awakening to this reality has generated important initiatives to enhance international norms aimed at protecting nature. Nevertheless, biodiversity loss continues to increase while governments are not yet doing enough. Within this context, rangers play a critical role in conserving nature, and the diversity of life. They are the professionals who work indefatigably for the benefit of us all, regardless of where we are. To strengthen this sector, the International Rangers Federation (IRF) with the support of the Universal Rangers Support Alliance (URSA) are taking tangible steps to professionalize the work of rangers worldwide.

On 28th July 2022, with 161 votes in favour, and eight abstentions[1], the UN General Assembly adopted a historic resolution proclaiming that access to a clean, healthy, and sustainable environment is a universal human right (A/RES/76/300 EN). The resolution calls upon States, civil society, and the private sector to increase their determination to safeguard a healthy environment for all.

This resolution is the culmination of decades of work by nations at the front line of climate change, as well as more than 1,000 civil society organisations that in October 2021 persuaded the UN Human Rights Council to recognise this right for the first time and to request the UN General Assembly to do the same.

Following the adoption of this historic pledge, the UN Secretary-General, António Guterres, in a statement released by his office, expressed his hope that it ‘will help reduce environmental injustices, close protection gaps, and empower people, especially those that are in vulnerable situations, …including environmental human rights defenders, and Indigenous peoples.’ He highlighted that, however, the resolution ‘is only the beginning’ and he beseeched States to make this right ‘a reality for everyone, everywhere.’

The text of the UN resolution, unequivocally, recognises that ‘the unsustainable management and use of natural resources, the pollution of air, land and water, the unsound management of chemicals and waste, the resulting loss of biodiversity and the decline in services provided by ecosystems interfere with the enjoyment of a clean, healthy, and sustainable environment…’  The resolution determines unambiguously that environmental damage has negative implications for the effective enjoyment of all human rights.

The strength of this resolution gives hope that the world is on the verge of understanding the pivotal importance to stop biodiversity destruction and to undertake a route towards its recovery. However, governments, the media, and society in general continue to focus their attention on climate change, deliberating multiple approaches to slow the warming of the  planet and setting targets. These are legitimate debates and necessary actions; yet still, they do not cover the full picture of human induced impacts on the environment. Both issues are inextricably linked and require joint thinking, we cannot afford the pitfalls of silo approaches.

There is a significant body of opinion amongst scientists and environmentalist that biodiversity loss is as dangerous to the sustainability of planet earth as climbing temperatures. Yet the continuous and accelerating disappearance of plant and animal species has not rallied the deserved attention. This is visible in the distinct lack of media coverage about the issue in general, and particularly on the December 2022 UN meeting in Montreal, Canada, on biodiversity (COP15), where key targets attempting to address this calamitous situation were set.

The 2022 Living Planet Report (LPI), led by WWF and the Zoological Society London (ZSL), clearly shows that the wildlife monitored during this study has fallen on average by 69% between 1970 and 2018. This comprises freshwater populations, which have declined by an alarming average of 83%. Amongst other issues, the report highlights that some of the most biodiverse regions in the world such as Latin America and the Caribbean have suffered falls of an average 94% since 1970. Wildlife in Africa has also experienced an average decline of approximately 66%.

The multidisciplinary team behind the LPI spent over a year analysing data from monitored ecosystems across 195 countries resulting in one of the most comprehensive indicators of the state of nature worldwide, up to date.

Emerging from the growing realisation that biodiversity loss poses a very serious threat to the sustainability of life on earth, one of most important targets of COP15’s Kunming-Montreal Global Biodiversity Framework is to ensure and enable that by 2030 at least 30 per cent of land, inland waters, and of coastal and marine areas, especially areas of particular importance for biodiversity and ecosystem functions, are effectively conserved and managed – the so called 30 by 30 or 30×30 strategy.

According to the Protected Planet Report 2020, at present, protected areas only cover about 17% of the globe’s surface and 10% of oceans. Achieving 30% coverage by 2030 would mean doubling the existing land surface under protection and needing an additional area of ocean almost three times larger than Africa.

Such an unprecedented scaling up of conservation efforts will face enormous practical obstacles, in addition to the challenges to actively involve, respect, and follow the leadership of  Indigenous peoples and local communities.

At the Frontline of Conservation Efforts

The endeavours to lower biodiversity loss and to meet agreed global conservation targets, will require a substantial number of qualified and committed individuals. Presently, there are an estimated 286,000 rangers, one per 72 km²,  which is already a scant number by agreed standards. As conservation areas expand, by 2030 there will be need of an estimated 1.5 million rangers, one per 26 km² (Michael R. Appleton et al 2022). To  achieve a higher number of rangers is not an easy task as conservation entails a multidisciplinary approach, requiring workers who can succeed in complex and evolving situations comprising natural and social sciences, agriculture, fisheries, forestry, tourism, management and finance, criminology and law enforcement, aiding during natural calamities, communication, and education.

Around the world, rangers are assigned different job titles. Whatever their identification, they are responsible for safeguarding nature as well as cultural and historical heritage. They work in wider land- and seascapes, whether State, regional, communal, indigenous, or private owned, they are expected to work in line with legal and institutional frameworks.

Today, rangers protect 15% of all land surface and 7% of seas; for a total of 47 million square kilometres, contributing to the preservation of traditional cultures, ecological diversity, and helping to save our planet. Despite this, most rangers are poorly equipped and have no insurance cover, though they face dangerous wildlife and international armed criminal gangs of poachers and traffickers. They are also poorly remunerated and encounter tough working conditions having to be away from home in remote areas.

According to the International Ranger’s Federation (RIF), between 2006 and 2021, it is estimated that a total of 2,351 on-duty ranger fatalities occurred. 42.2% were due to criminal incidents, such as homicide, while the remaining were the outcome of accidents, illness, wildlife attacks or other work-related casualties. It is also important to highlight that 30 suicides were recorded with a worrying trend that they are steadily increasing, reflecting higher levels of work-related stress as a possible contributing factor (parksjournal.com, Galliers-et-al 2022).

The sphere of ranges has also been stained by cases of human rights violations. The infractions range from instances where government rangers have not allowed Indigenous peoples and local communities to enter protected areas to perform religious ceremonies or that they have excluded people from using the land and its resources resulting in food scarcity. More serious violations have covered serious cases of corruption or incidents of beatings, torture, sexual abuse and murder. These allegations encompass countries in different continents, in the global south and global north. International human rights organisations and local non-governmental organisations continue to monitor these situations and to document the performance of rangers.

Whatever their location, as a branch of law enforcement, rangers must uphold the law and advocate human rights principles when exercising their duties, regardless of the powers vested on them. Through their contacts with the public, be it with Indigenous peoples or local communities living inside or near protected areas or with visitors, rangers must respect human rights and national laws.

As part of the efforts to professionalise the ranger’s sector and to bring them to comply with international and national  human rights standards, the International Ranger Federation (IRF), with the assistance of the Universal Ranger Support Alliance (URSA) and the UN Office of the High Commissioner for Human Right (OHCHR), have spearheaded the development and dissemination of a Ranger Code of Conduct (CoC), which encapsulates the core human rights obligations expected of any official enforcing the law. This project is being implemented with the support of the German Federal Ministry for Economic Cooperation and Development (BMZ) through the Deutsche Gesellschaft für Internationale Zusammenarbeit (GIZ) GmbH.

This aspiration for greater accountability and recognition comprises the development of rules of engagement and aspires to earn the respect and support of the public in general; funding and equipment; as well as, enhancing the welfare of all ranks within the profession.

These efforts to professionalise the performance of rangers aim to remedy past violations, as well as to incite national governments and local authorities to embrace practices that defend human rights. The ambition is that as rangers go through professional recruitment procedures, they have access to advanced and continuous training, and their safety and rights are protected; that with these improved conditions, rangers will create closer respectful relations with Indigenous people and local communities. Ultimately,  it is aimed to establish a viable situation to prevent human rights infringements.

A Greener Future is Possible

Looking at these recent developments, there is room for  optimism, however, the world requires Member States of the UN system to recognise their obligations to fully fund and support the efforts proposed to reverse biodiversity loss, remembering at each step that both climate change and biodiversity loss are interlinked and need joint immediate decisive actions to overturn the damage caused by human activity.

To reverse biodiversity loss, we need to totally overhaul the way we set our economies, our consumption habits, and our responsibility towards nations who have been less complicit in generating this devastation. Equally, we must ensure that rangers are  materially and ethically equipped to safeguard conservation areas and their ancestral inhabitants as part of the thirty-by-thirty strategy. And, ultimately, we need many more rangers to help us protect the environment and everyone’s human rights with it.

Cristina Sganga is a freelance human rights educator and researcher, since February 2022 has been involved in developing and delivering awareness raising and training on the Ranger CoC and human rights standards.