Disclosure: Human Rights Careers may be compensated by course providers. 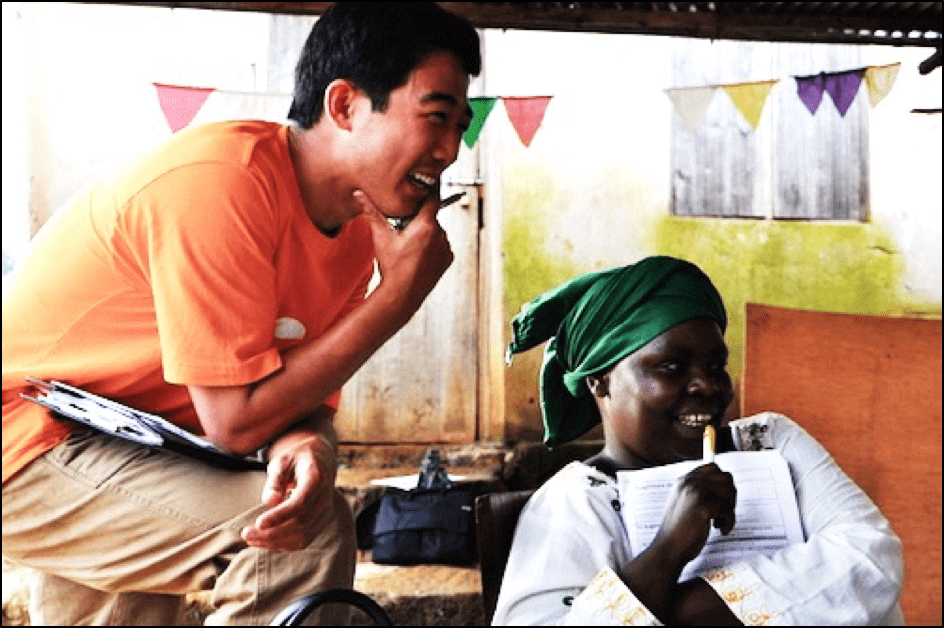 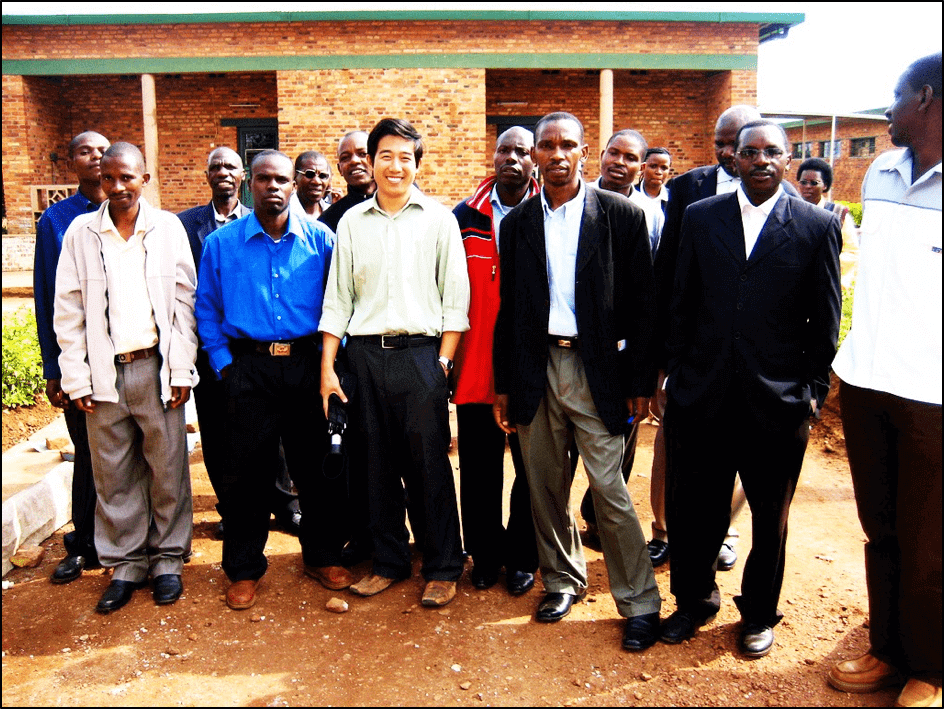 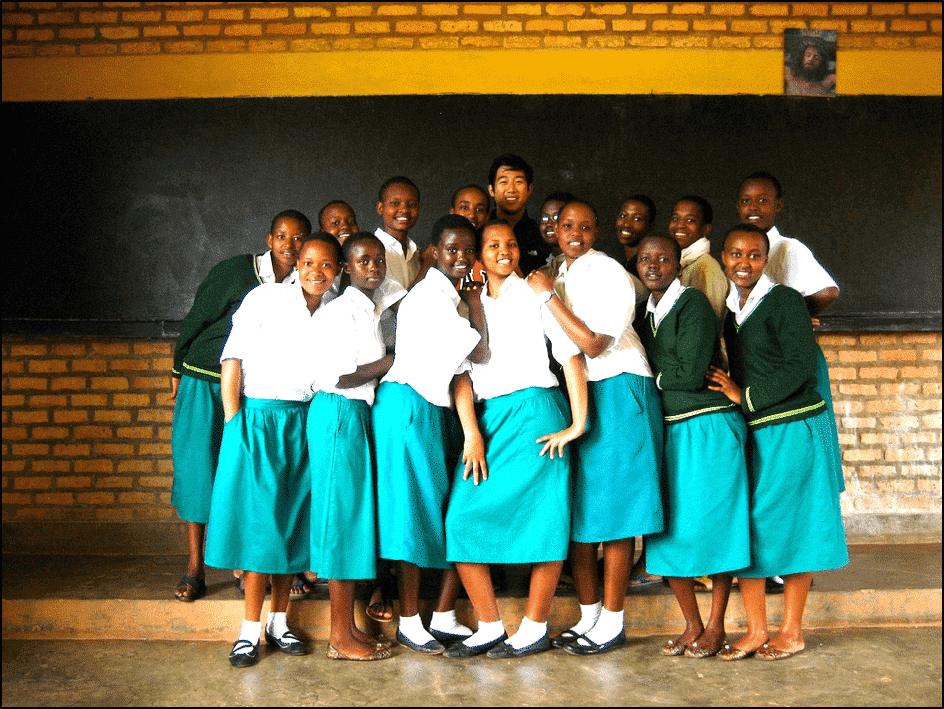 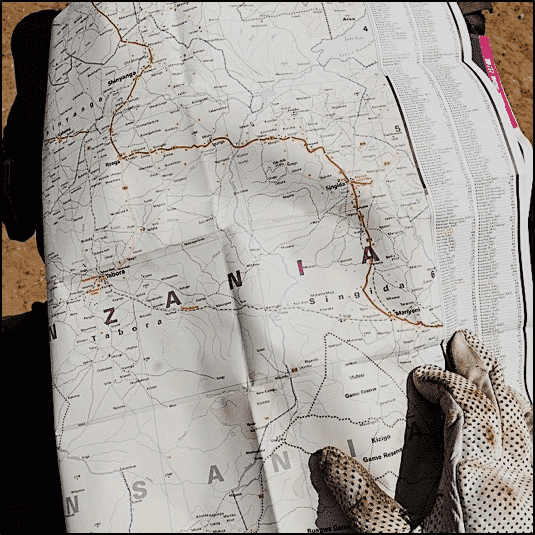 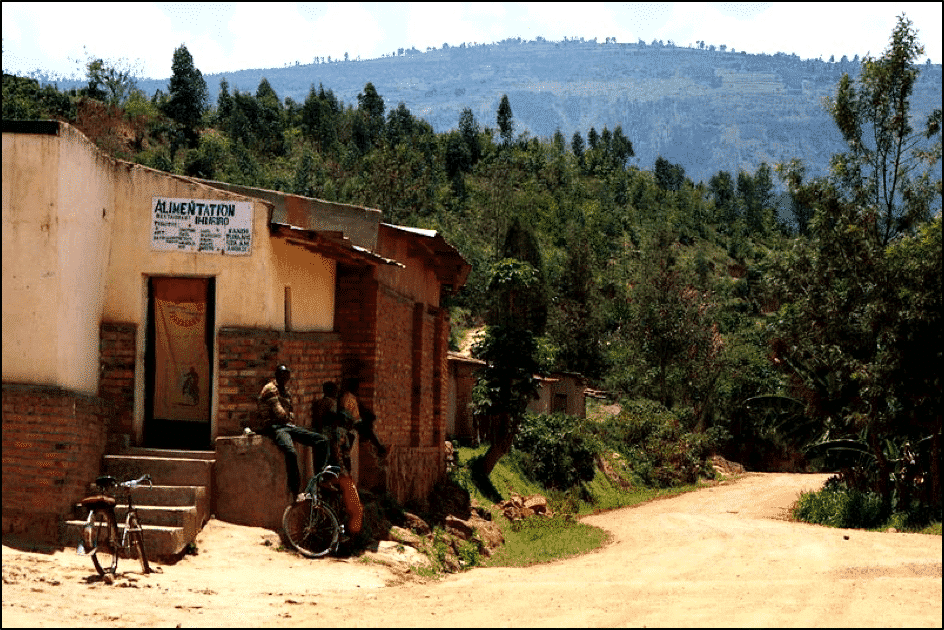 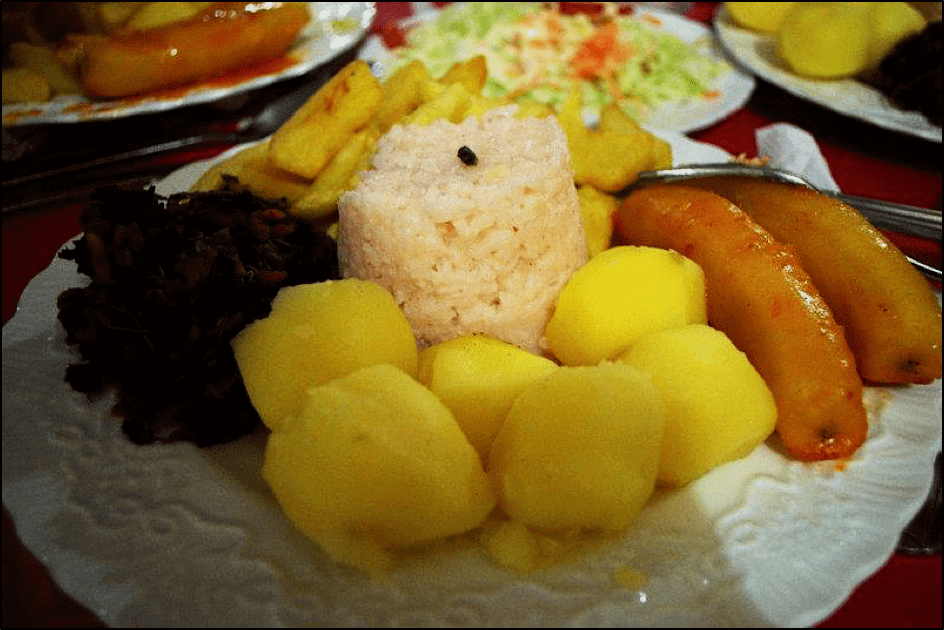 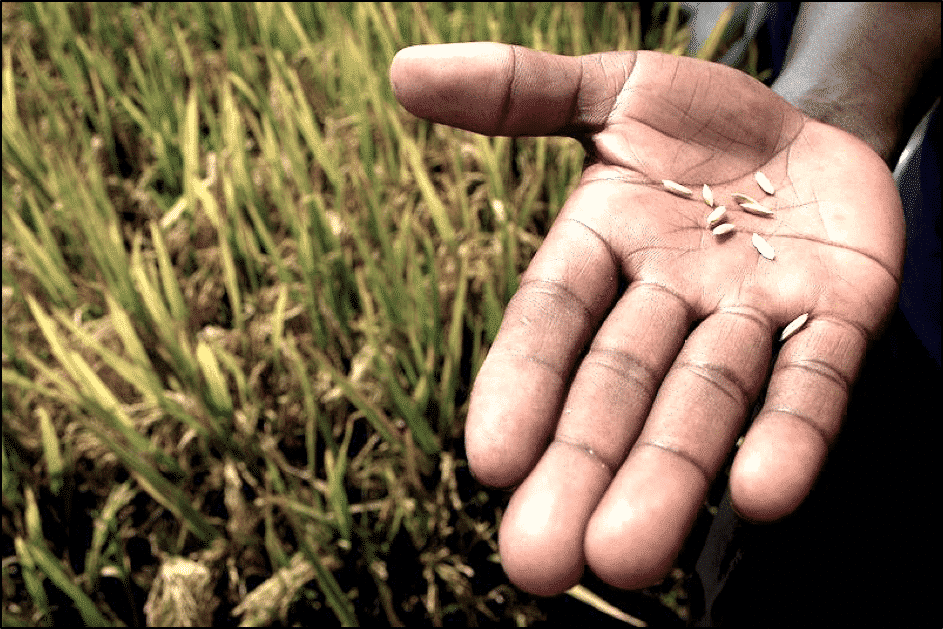 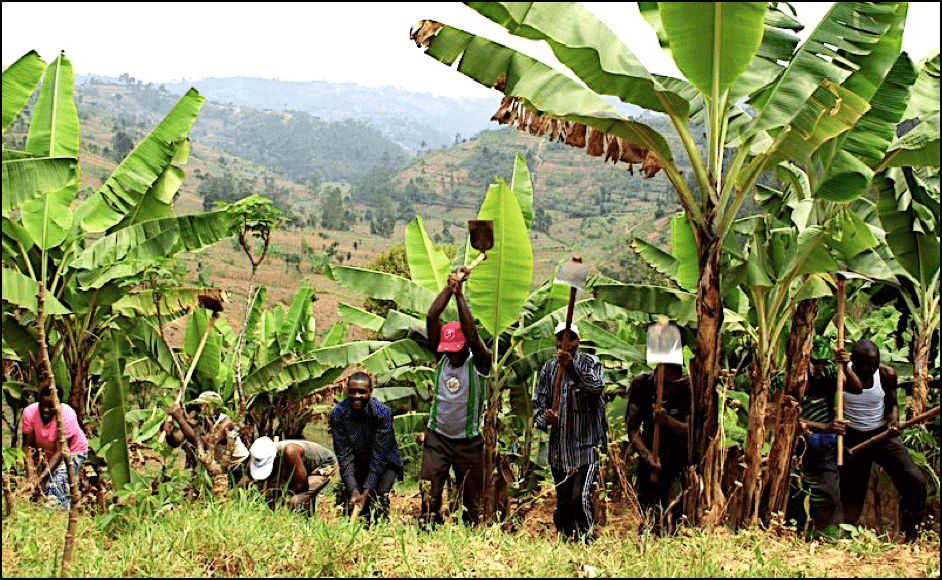 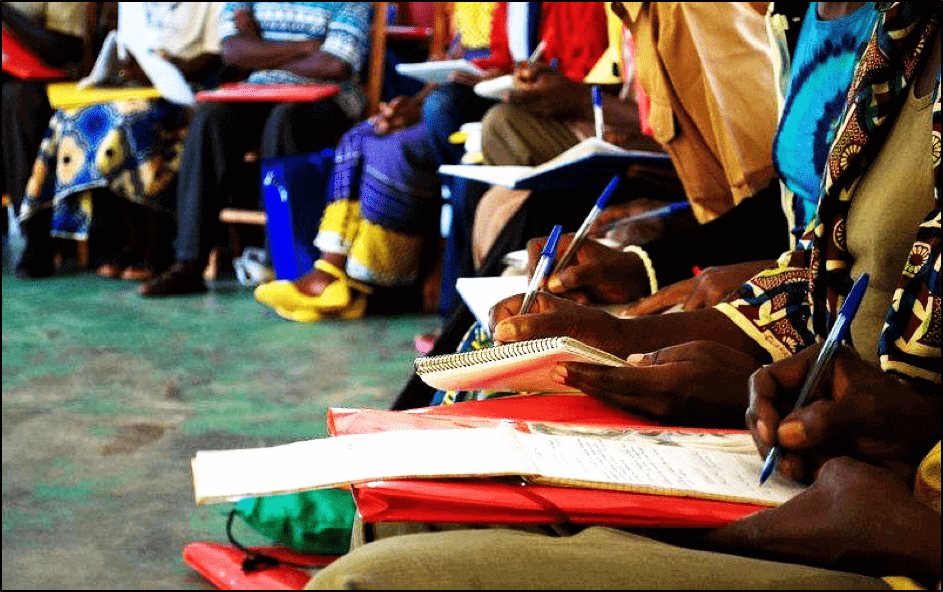 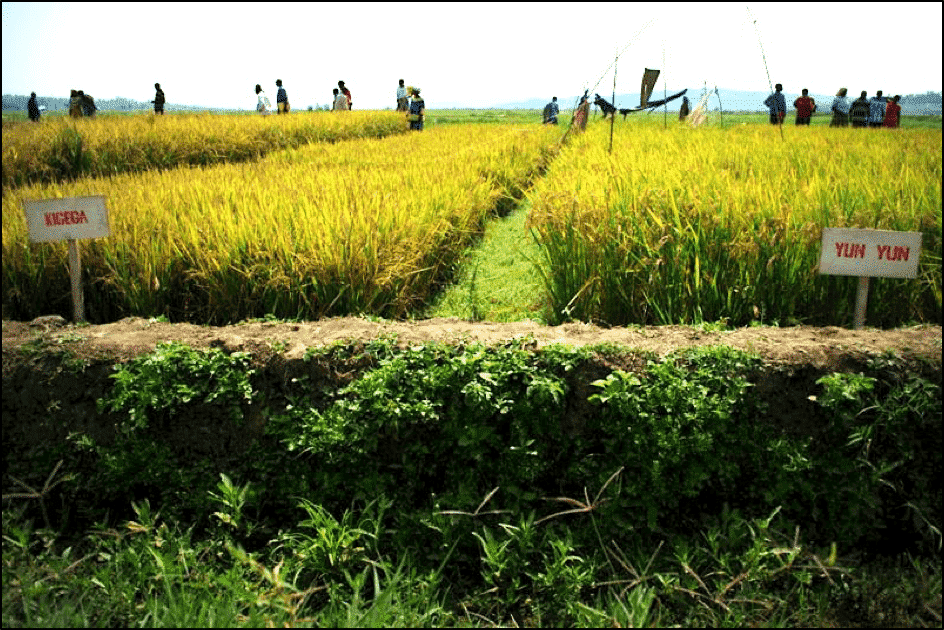 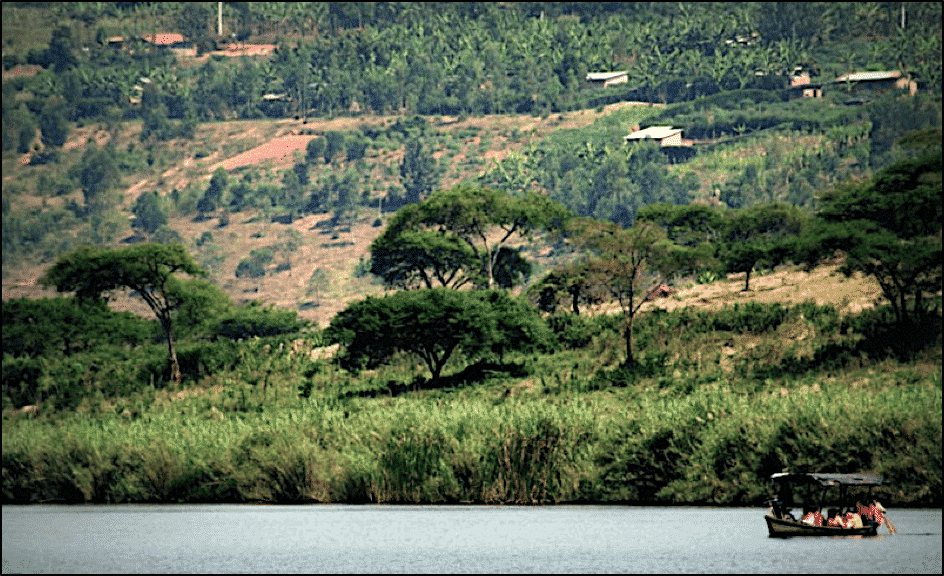 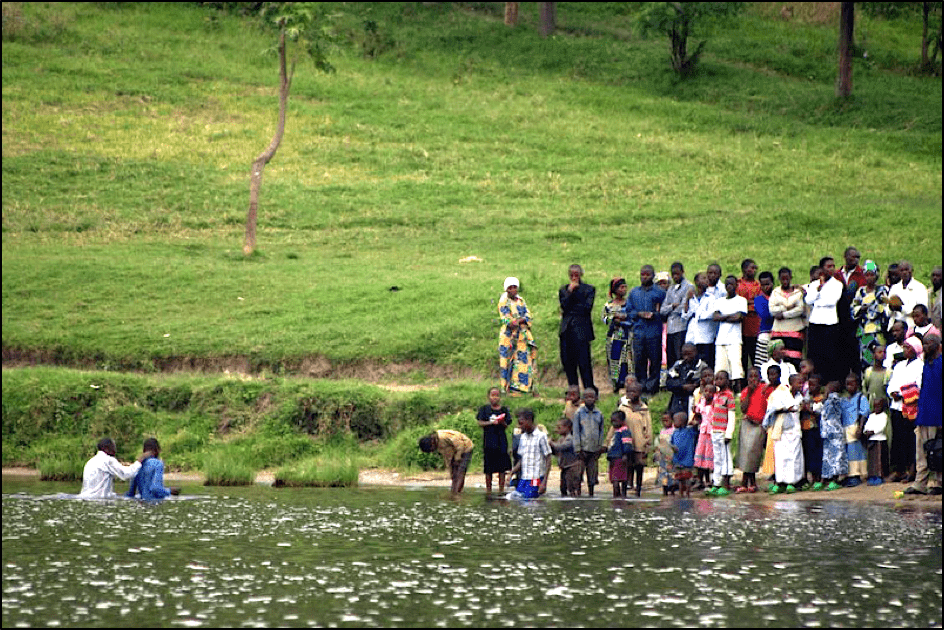 Hewsan Pang spent five years in Rwanda, heading One Acre Fund as Director of Operations, then left to pursue an M.B.A. at the Kellogg School of Management in Chicago. Here, he talks to us about building an organisation from the ground up, the business approach to international development, and how to find what you’re passionate about.

Hewsan’s background: I studied politics at American University. I was interested in public affairs, did some internships in Congress and, after college, worked on a few campaigns but wasn’t really happy with the political process and my ability to impact things. Then, I found this business program at Vanderbilt University, and fell in love with the business way of looking at the world. I was trying to figure out how to combine the business perspective with my public affairs orientation.

On falling in love with social entrepreneurship: I loved Jacqueline Novogratz’s book, The Blue Sweater, about her time in Rwanda back in the 1980’s. It had me thinking, this is really cool, I want to check this out. But I didn’t know how to get to a place like that.

On getting started by volunteering: WorldTeach had an opportunity to teach high school business in Rwanda – Rwanda was very random – and I thought, yeah, why not? I applied, was accepted, and two months later, was on a plane to Rwanda, with no clue as to what was in store for me.

The hard thing about hard things*: To be honest, that was a really hard year. I was placed in Byumba, a village about two hours north of Kigali, teaching entrepreneurship at a Catholic, all-girls school. I helped found an Incubator at the school, and really liked that kind of creative freedom. But living in a rural area is hard, just for basic necessities. I was a little lonely, the only expat in the area, and teaching wasn’t easy. I had to learn everything from the ground-up.

On applying for jobs: I was shooting my resume out to different places; One Acre Fund was very small at the time. I found them on Idealist, looking for a Program Associate in Rwanda. After applying for the job, I got a phone call saying, “Do you want to come and visit our Rwanda headquarters in Nyamasheke?”

On interviewing for impact: Back then, it was a very informal interview process. I met the country director, and we basically had a conversation about what the organisation could look like over the next few years. That’s where I got hooked. “This is cool,” I thought, “We can build this.” I think that’s what I was looking for: being able to personally impact things. A few days after the interview, after flying home to Boston, I got the email saying, we want you to come and do this.

On knowing the local language: When I interviewed, I told them that I spoke French, and they never tested me. Then they threw me into the fire, and I realized I had to learn it pretty quickly. Three months later, however, I was conversant. The best way to learn a language is to immerse yourself in it.

On choosing to go back: It was a really tough decision to go back to Rwanda. I had fallen back in love with hot water, and I was home during Thanksgiving, with family. Ultimately, I took it thinking, if I don’t like it, I can always leave. A two-year contract became five years.

On being in the right place at the right time: When I was hired, I was put under the Director of Operations, and, three months in to my first year, she left to start One Acre Fund in Burundi. I filled the hole she left. There was the opportunity, and I took it.

On teaching yourself the principles of business: I read a lot about world-class organisations. Good to Great and American Icon about the Ford Motor Company are some one of my favourites. Around the time, there was a lot of literature around startups, and I had a subscription to Harvard Business Review – it’s still my favourite reading.

On testing your theories: I was given a sandbox to play in. I could literally read something on “how to do the best performance reviews for your organisation” and, since we didn’t have one, go ahead and create and test it out. I began to think about operations more seriously. I’m still not the most agriculturally savvy, I wasn’t totally familiar with the products that we deliver nor the services that we have, but my approach was, you build a great organisation, and it can deliver anything.

On following the job description: I was hired to scale the organisation – to grow our client base; I set a personal target of 100,000: a solid, six-digit number. My first year alone, we grew from 17,000 clients to 45,000 clients, and by the time I left, One Acre served over 106,000 farmers across Rwanda. It was not always a smooth path though. We hit a lot of unforeseen obstacles and challenges while growing.

On taking the reins: Don’t wait for permission, just do it. Stamp your vision on it. The performance review system wasn’t in the job description – I did that my third month in – but it was vital, because in order to grow, you need a way to evaluate your staff. I wanted to personally impact something, I was given an opportunity to do that, I was like, yeah, I’m going to make this look exactly like what I want it to look like. And they – One Acre Fund – liked that.

On making mistakes, with panache: I built a lot of the core operations. When you’re doing things like that, you tend to fail a lot. Like, “Oops, that didn’t work!” We definitely failed fast and often, but it’s about how you learn from those mistakes.

On staying true to the mission: When I started, One Acre Fund was a very agriculturally-focused organisation. We lent hard assets to smallholder farmers, and we collect repayment on those assets over the course of the year. We distributed seed fertiliser, held agricultural trainings. Then the fertilizer market in Rwanda became saturated. So, what next? Well, we have a distribution network set up, so why don’t we ship out different products to them? Now, fertiliser is just a part of what we do. One Acre Fund’s mission is to make more farmers more prosperous, and you can do that in a million different ways. The mission has never changed.

On finding your dream job: I don’t think I ever looked at a career as a certain thing I wanted to do. Some people have a very focused approach. What makes me happy, what has meaning for me, is making something better. I want to build something, something that lasts long term. And the inability to do that in politics was why I left it.

On finding joy in work: You have to figure out what ultimately makes you happy, and be prepared to say no to things that don’t. There’s a difference between internal happiness and other people’s perception of your happiness.

To those who want to work in international development: Let’s say your passion is doing good. In that case, it’s a great field to go into. If what makes you happy is building something that lasts. It definitely could be for you – but you have to find the right organisation. Don’t get into international development if you think other people will say, “Wow, what you do is cool.” You shouldn’t get into it if you simply want to travel.

On knowing when to move on: My closest friends were leaving Rwanda. We were also reaching a point in the organisation where it was less about growth, and more about tweaking – like managing the ship – and that wasn’t exciting me in the same way. I wanted to build things. All combined, it was time for me to go.

For those just getting started: Early in your career, it’s more important to build skills. If you know how to manage a project from A to Z, how to use Excel, and speak three languages, you can probably get a job anywhere. You can learn agriculture, or public health. You might not become an expert, but skills are always in high demand.

On how to build your skills: I just jumped in. I took the teaching job, and while teaching, I was building an incubator, and while building the incubator, I was doing financial analysis. So during my interview with One Acre Fund, I was able to talk about the business that I helped build.

On creating your dream job: You might not be able to get the job that you want, so build the job that you want. Go beyond the job description – use it as a platform – and leverage that for something else. No one’s going to stop you from working extra, and doing something else. I was hired to teach, but I wanted to build businesses, and I did just that in my spare time.

On being wet behind the ears: That’s what we screen for at One Acre: do you have experience working in a developing country? There’s no other way to prepare for that other than actually just doing it. Nothing prepares you for the culture shock, for learning how to live without amenities, the cultural differences, and knowing how to get things done in an environment like that. Looking back, there’s no way I could have understood what that lifestyle means. Even if you speak the same language, it’s not the same language; your whole mindset has to change.

On keeping your options open: Some people want to go to a particularly geography, but you’ve got to be as flexible as possible. If you want to go to Brazil, but the perfect job came up in Senegal, are you really going to say no? There’s need everywhere.

P.S. One Acre Fund is hiring! Read the job descriptions and apply here.

(Photos by Hewsan Pang and Kimja Vanderheyden, with kind permission).

Malaika Neri is a strategy expert for international NGOs. She studied economic development and NGO management at New York University (NYU), and has since worked with in Ecuador, Haiti, Madagascar, and Ghana, and with projects funded by USAID, DFID, and UNEP. Malaika runs InternationalNGOjobs.com, where you can find tried and true methods for getting your foot in the door and landing your first job in international cooperation and development.