Disclosure: Human Rights Careers may be compensated by course providers.

1. “Love him and let him love you. Do you think anything else under heaven really matters?” – James Baldwin

In his iconic novel Giovanni’s Room, gay author James Baldwin makes a powerful statement about love. He proclaims that sex and gender don’t matter; all that matters is that two people love each other. Nothing should stand in their way if they have love in their hearts. These words resonated with millions of people who felt like their emotions were invalid because of the gender of the object of their love. With this quote, Baldwin assured them that it didn’t matter because love is love.

2. “If I wait for someone else to validate my existence, it will mean that I’m shortchanging myself.” – Zanele Muholi

Zanele Muholi is a South African activist and artist. She works primarily in photography and video. Despite her fame as an artist, Muholi identifies herself as an activist first. It is her intention to use her art to highlight the beauty and individuality of black LGBTQ women: a group that she believes has been terribly underrepresented in all forms of art. So, instead of waiting for someone else to validate LGBT women of color, she took it upon herself to bring the struggles, needs, and beauty of these women to light.

You may also like: Top 10 LGBTQ+ online courses on Health, Diversity and Inclusion 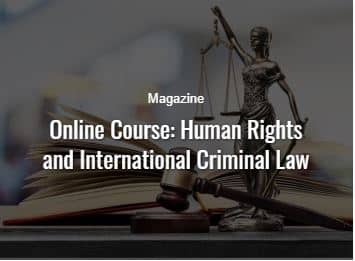 3. “I am proud, that I found the courage to deal the initial blow to the hydra of public contempt.” – Karl Heinrich Ulrichs

Karl Heinrich Ulrichs is known as one of the first gay men to publicly announce his sexual identity. Born in Germany in 1825, his coming out was a historic and brave moment. During his lifetime, Ulrichs wrote numerous essays discussing homosexuality and asserting that non-heterosexual orientations are natural and biological. Despite being arrested numerous times, Ulrichs stated in the above quotation that he was proud of the work that he did for the LGBTQ community.

4. “It is absolutely imperative that every human being’s freedom and human rights are respected, all over the world.”– Jóhanna Sigurðardóttir

Jóhanna Sigurðardóttir, a former Icelandic Prime Minister and the first openly gay head of state, uttered these words during a speech at a 2014 Pride festival. In this speech, she was thankful that her native country was making strides towards acceptance and equal rights for LGBTQ people. However, she emphasized that until these rights are status quo all over the world, we cannot consider ourselves truly free. This marked one of the first calls from a head of state to make LGBTQ rights the standard worldwide.

5. “Every LGBTQ+ refugee has a unique situation—but the fear and pain they endured before coming to Canada is universal.” – Arsham Parsi

Arsham Parsi, an Iranian refugee living in Canada in exile, has made it his mission to help LGBTQ people living in Iran: a nation where acts of homosexuality are punishable by flogging or even death. In the above quotation, Parsi seeks the assistance of LGBTQ people living in Western nations, providing a powerful reminder that while things are slowly improving in the west, there are still queer people all over the world who live every day afraid for their very lives.

6. “Equality means more than passing laws. The struggle is really won in the hearts and minds of the community, where it really counts.” – Barbara Gittings

Barbara Gittings is known for being an American activist fighting on behalf of the LGBTQ population. In her most well-known fight she took on a Goliath: the United States government. She picketed to stop them from barring LGBTQ applicants from employment. However, as she states in the above quote, her greatest wish was not for laws to pass, but for true acceptance and equality.

7. “Nature made a mistake, which I have corrected.” – Christine Jorgensen

Christine Jorgensen was one of the first people to undergo sex reassignment surgery, and the first to publicly speak about the process. While many decried her decision as unnatural, she made the bold assertion that nature was wrong in putting her into a man’s body, and that the reassignment surgery made things right. Her advocacy aimed to normalize transgenderism and allow those who identified as trans to understand and accept themselves for who they truly are.

When Harvey Milk became the first openly gay person elected to public office in California, he became the face of the push to put more LGBTQ people in positions of power. In this quotation, he stresses that doing so will not only monumental for those in the queer community who don’t feel represented; it will also empower anyone who feels disenfranchised by those who are supposed to represent them.

9. “My silences had not protected me. Your silence will not protect you.” – Audre Lorde

Audre Lorde described herself as a “black, lesbian, mother, warrior, poet.” In her writing, she frequently expressed her anger at the treatment of people of color, women, and LGBTQ folk. In the above quotation, she calls for others to express their anger. To many in the queer community, staying silent and in the closet felt like a safety blanket. However, Lorde encouraged them to step out into the light, telling them that the only true safety is in making yourself known and demanding the acceptance and respect that is your right.

10. “”We need, in every community, a group of angelic troublemakers.” – Bayard Rustin

If you aren’t familiar with the name “Bayard Rustin,” you may recognize one of his closest associates: Martin Luther King Jr. Rustin was an important figure in the Civil Rights Movement, fighting not only for the rights of African Americans, but for the LGBTQ community as well. Rustin urged the disenfranchised to engage in civil disobedience to get their points across to the majority, encouraging those who wanted to fight for their rights to be unafraid to speak up and act out to demand them.

This is one of the most famous quotes to come out of the Stonewall Riots. Uttered by Latina LGBTQ activist Sylvia Rivera, this statement served as a rallying cry for many who were afraid of the violence that occurred at Stonewall. Rivera knew the dangers, but also knew that the risk was worth the potential reward. She knew that the queer community had been put down for long enough and was ready to fight for their rights and for their voice. Participating in the riots at only 17 years old, Rivera was an inspiration to many.

12. “The next time someone asks you why LGBT Pride marches exist or why Gay Pride Month is June tell them ‘A bisexual woman named Brenda Howard thought it should be.’” – Brenda Howard

Brenda Howard is known as the “Mother of Pride.” She was instrumental in organizing the first ever Pride marches: events that have become a vital part of the fight for acceptance. Howard was also one of the few activists to focus on rights for those who identified as bisexual or polyamorous: two groups that are often underrepresented in LGBTQ activism.

Another important figure in the Stonewall Riots, Marsha P. Johnson was also one of the first activists to fight for the rights and dignity of drag queens. She was vocal throughout her life about the unique struggles faced by those who dressed in drag and encouraged others not to become complacent and to continue fighting for rights and respect.

14. “When you are doing something that is right, you just do it and take care … Someone has to do this.” – Alice Nkom

Alice Nkom made history when she became the first female Cameroonian lawyer. In her time practicing law, she has dedicated her career to helping those who have been the victims of her country’s harsh laws against homosexuality. The fight has been an uphill battle, as these types of laws are not uncommon in African countries. However, Nkom continues to fight, as she knows that her fight is just and right. With her work, she hopes to usher in a new era for the rights of the LGBTQ population in Cameroon.

15. “It is against this God who kills that we are fighting and resisting.” – Alexya Salvador

Organized religion has been one of the harshest critics of homosexuality, citing holy writings as evidence that it goes against God. Alexya Salvador, set to become the first transgender pastor in Brazil, doesn’t necessarily see religion as the enemy of LGBTQ rights. As she states in this quotation, it is a particular version of God, one that is vengeful and judgmental, that must be eradicated. She strives for a different view of God: one that is accepting and loving of everyone, regardless of their identities. She hopes to usher in a new era of love and understanding between religion and the LGBTQ community.

Troy Perry founded the Metropolitan Community Church: a Protestant denomination that specializes in welcoming the LGBTQ community. Perry was religious for much of his life, but was frustrated by feeling unwelcome as a gay man. With his ministry, he strives to give others a place of love, welcoming, and acceptance. He is also a vocal advocate encouraging other faith communities to open their doors to the queer community.

17. “AIDS is a plague – numerically, statistically and by any definition known to modern public health – though no one in authority has the guts to call it one.” – Larry Kramer

The AIDS epidemic, which reached its peak in the 80s and 90s, was a vital moment for the queer community. Gay men were the group most ravaged by the disease, and the most feared and hated group because of it. Larry Kramer was a vocal advocate for those suffering from AIDS, and continues to speak out to this day about the failure of our society to help and protect those who are suffering.

18. “There will not be a magic day when we wake up and it’s now okay to express ourselves publicly. We make that day by doing things publicly until it’s simply the way things are.” – Tammy Baldwin

In 2013, Tammy Baldwin made history by becoming the first openly gay Senator in the United States. In her speech at the Millennium March for Equality, she spoke to LGBTQ folks, encouraging them to be out and proud. In this quotation, she states that the only way to normalize non-heterosexual orientations is for the queer community to act like they are normal, because they are.

19. “Openness may not completely disarm prejudice, but it’s a good place to start.” – Jason Collins

In 2014, Jason Collins made history by becoming the first male professional athlete to publicly identify himself as gay. After his announcement, a flood of other queer athletes began declaring their sexuality, revealing to the world that some of our greatest sports figures are in fact LGBTQ. This was a milestone for the fight for equality because, as Collins says, being open about sexual orientation is an important step towards ending prejudice.

20. “The richness, beauty and depths of love can only be fully experienced in a climate of complete openness, honesty and vulnerability.” – Anthony Venn Brown

“Conversion therapy” has been a major issue for LGBTQ youth for decades, or perhaps even longer. It is often used in Christian communities to encourage queer youth to use religion to combat their homosexual desires. Anthony Venn Brown underwent such therapy in Australia and later publicly denounced such programs. He advocated for the abolition of such programs by describing the damage that they do to LGBTQ youth who are forced to undergo them, as well as the damage that lack of acceptance can have on the entire community.

You may also like: Top 10 LGBTQ+ online courses on Health, Diversity and Inclusion