Most people know that equality in the workplace is important, but what does it entail? Equality goes hand in hand with a lack of discrimination, which is illegal in many countries. However, equality runs deeper than simply the lack of discrimination. It’s also different from treating everyone as if they were the same, which is how many people view “equality.” So, what is equality? And how can it be promoted in the workplace?

As mentioned before, equality is more than a lack of discrimination. The other two branches are diversity and inclusion. Diversity is the presence of differences within a workplace. Those differences can include ethnicity, nationality, gender, sexuality, and so on. Diversity comes with many benefits and in recent years, companies have begun to value diversity more. That said, a diverse workplace is not necessarily an equal one. You can find many organizations that show off their diversity stats, but upon closer inspection, it’s revealed that certain groups (like women or ethnic minorities) fill most of the lower-tiered/lower-paid positions. This doesn’t represent equality in the workplace.

Inclusion matters. Inclusion occurs when everyone in a workplace is treated fairly. Everyone has equal access to opportunities and resources, but individual needs are respected. Inclusive workplaces are more creative, productive, and welcoming. Employees feel more secure and satisfied knowing differences in the workplace are celebrated and that everyone is set up to succeed. 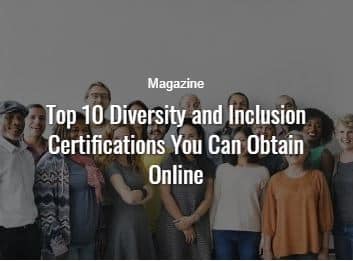 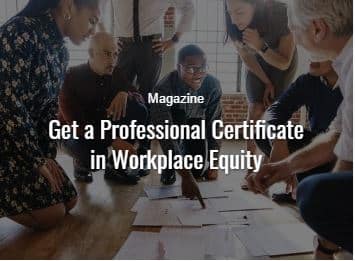 How to promote equality in the workplace

Now that you have a clearer idea of what equality looks like, how does a workplace achieve it? Here are three ways:

#1. Start at the hiring process

Equality should begin when hiring employees. What are the hiring practices like? Intentional or not, is there anything in the job posting that ends up excluding certain groups? An age requirement is a good example, as well as gender-coded language you might not be aware of. You can run a job posting through the Gender Decoder tool to see if certain terms might discourage people from applying. As an example, words like “cheerful” or “cooperative” are typically read as “feminine,” while words like “independent” or “decisive” are read as “masculine.” This tool is based on a research paper from 2011 published in the Journal of Personality and Social Psychology. While subtle, words like these can discourage people from applying to certain jobs. You should also consider how certain job qualifications – like years of experience in a specific field or years of schooling – might affect who applies. Depending on the job, you might encourage a more diverse pool of candidates by allowing experience to substitute for education.

#2. Be transparent about salary

One of the biggest drivers of inequality is secrecy around compensation. When employees don’t know what colleagues are making, it’s hard to narrow the pay gap and easy for resentment to build. One report showed that when employees suspect there’s a gap, they are 16% less likely to stay at their jobs. When workplaces are more open about employee pay, they have smaller pay gaps. The most obvious reason is that employees aren’t in the dark about differences and will approach their bosses (or leave) if they feel they’re being unpaid fairly. To justify pay differences, organizations need to have good enough reasons. If they can’t come up with any, they’ll need to narrow pay gaps to keep their employees from leaving.

Flexibility is an essential part of building an equal workplace. That means remembering that employees are whole people, not just workers. If they have kids, they’ll need to take off work for appointments, school meetings, emergencies, etc. Getting that time off should be convenient and not result in negative consequences. If an employee needs accommodations based on a physical or mental disability, it should be easy and stress-free for them to receive those accommodations. Other examples of flexibility include good maternity and paternity leave, time off for religious holidays, remote work options, alternative work schedules, and more. The more flexible and accommodating a workplace is, the more diverse (and inclusive) the workplace will be.

Equality in the workplace: building a better culture

A workplace culture encompasses policies, communication, and systems. Building a culture based on equality and inclusion is an intentional act. It doesn’t “just happen.” It won’t be an easy road, especially if the organization is going through big changes, but the willingness to address issues and listen to employees is key. The payoff is happier, more productive employees, long-term success, and an excellent reputation.