Bringing in $150 billion industry per year, human trafficking is thriving. The sale of men, women, and children can be found in every country in the world. Despite the prevalence of the problem on a global scale and attempts to raise awareness, the industry appears to be growing. Women and young girls are especially vulnerable, but all impoverished, desperate people are at risk. To learn more about what drives human trafficking and the people caught in the cycle at every level, here are five human trafficking books everybody should read:

Human Trafficking Around the World: Hidden in Plain Sight

Each chapter of this book examines trafficking and how it’s being addressed in 24 different countries such as Australia, France, Japan, India, Mexico, and South Africa. This makes it one of the most thorough explorations of human trafficking. Authors Hepburn and Simon combine statistical data with interviews and personal accounts of both traffickers, those who’ve been trafficked, and those working to stop trafficking. The detailed study also highlights the causes for trafficking in each country on a cultural, economic, and geopolitical level, as well as the legislative problems that prevent real change. 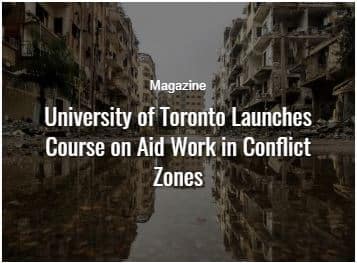 Stephanie Hepburn is an independent journalist with a background in law. Rita Simon works as a university professor, author, and editor of Gender Issues. The two writers have published another book together called Women’s Roles and Statuses the World Over.

The Slave Next Door: Human Trafficking and Slavery in America Today

Focusing on human trafficking in the United States, The Slave Next Door gives readers an intimate look at the prevelance of slavery in ordinary American communities. With accounts and research from sources like slaves, traffickers, slaveholders, law enforcement, and others, Bales and Soodalter peel back the curtain on an issue that’s often seen as a “foreign” problem. It’s happening everywhere, even in a nation that bills itself as the “land of the free.”

Kevin Bales is a professor and expert on modern slavery and human trafficking. He co-founded Free the Slaves, the US counterpart of Anti-Slavery International, the world’s oldest human rights organization. Ron Soodalter is a writer, president of the Board of Directors of the Abraham Lincoln Institute, and lecturer on American history and human trafficking.

Girls Like Us: Fighting for a World Where Girls Are Not for Sale: A Memoir

When she was a teenager, Rachel Lloyd survived the commercial sex industry in England, eventually escaping her pimp. She has dedicated her life to helping others and in Girls Like Us, she explores the world survivors come from and relates the history of her nonprofit organization Girls Educational and Mentoring Services (GEMS). This book gives a personal, riveting account of human trafficking and the illegal sex industry, while also showcasing the good work being done to combat it.

Rachel LLoyd founded GEMS in 1998. She has also worked to change legislative measures that punish child sex workers. Girls Like Us is currently her only book.

Human trafficking expert Kevin Bales, who co-wrote The Slave Next Door, returns by himself for Disposal People. While The Slave Next Door focused on America, this book takes a more global view with stories from Pakistan, India, Thailand, Brazil and other countries. Because of the dramatic increase in population, millions of people are poor, desperate, and vulnerable to trafficking and slavery.  Through case studies, Bales concludes that what makes modern slavery different than slavery in the past is that these slaves aren’t viewed as long-term investments. They are cheap and disposable because a trafficker or slaveholder can always get someone else.

All of Bales’ royalties from this book go to help fund anti-slavery projects.

The only fiction book on this list, Sold was a National Book Award Finalist in 2007 and one of NPR’s Top 100 books of 2007. Organized into vignettes, Sold follows the story of a 13-year old girl from Nepal sold into prostitution in India by her stepfather. The novel, written in free verse, is disturbing and gripping. McCormick actually went to Nepal and India for her research, interviewing women and collecting details to ensure the book’s accuracy and realism. A film adaptation produced by Emma Thompson was released in 2014.

Patricia McCormick is an American journalist and writer. She’s been a finalist for the National Book Award twice. Her other books include Never Fall Down and I Am Malala: How One Girl Stood Up for Education and Changed the World, which she wrote with Malala Yousafzai.